Teaching by the World-Honored One on Dealing with an Epidemic

Bodhisattvas, Amitabha! I have not seen you in a while! Let me start by asking if you are physically healthy? Do you have less sickness and anxiety? Are you as agile as before? Are sentient beings easy to save?

In recent months, we are engulfed in a disastrous pandemic. We witness the maturing of causes and conditions of karmic retributions, sufferings of sentient beings, and the achievement of bodhisattvas extraordinary and magnificent virtues. Bodhisattvas can still be at ease in the mundane world even when they traverse free-spiritedly within the transmigration in the human world.

Over two thousand five hundred years ago, a great plague broke out in Vaiśālī, also called Broad Ornate City, the capital of Vṛji. Many dead bodies were piling up on the road and there was no way to deal with them. The entire city was filled with the smell of dead bodies. At the same time, there were droughts and insect disaster. The society was turbulent, and people were panic-stricken. The big city of Vaiśālī was filled with all kinds of horrifying ghosts, spirits, and rākṣasas (ogres). These rākṣasas, ghosts, and spirits were very violent and cruel. The number of people they killed was too numerous to count. There were hundreds of deaths each day. One cart after another was loaded with dead bodies. Seeing that many people alive could die in three or four days, the people in the city discussed the situation and decided to send an elder called Greatest to a neighboring country, Magadha, to beg the Buddha to come to help.

At that time, Buddha Sakyamuni accepted the offerings of King Ajatasatru of Magadha and was holding a summer retreat with the sangha assembly in the country. Adding fuel to the fire, Vṛji was at war with Magadha. When King Ajatasatru heard that a messenger from the enemy country was coming, he ordered to have the messenger killed. After overcoming all kinds of dangers, the elderly managed to finally see the World-Honored One. He then reported the plea from the disciples in Vaiśālī to the Buddha. As a result, the World-Honored One decided to end the summer treat. He also managed to use skillful means to have King Ajatasatru lead his subjects to escort the World-Honored One to Vaiśālī with five hundred umbrellas.

After the Buddha finished speaking the verse, the evil ghosts and rākṣasas in the city fled in fear.

After the World-Honored One entered the city, He began to teach the public the Dharma at dusk. The World-Honored One propagated fourteen verses. After hearing the verses, Śakra was incredibly delighted. He praised the Buddha and added another three verses. Thus, a total of seventeen verses were compiled into the Ratana Sutra, also called the Treasured Sutra, Three Treasures Sutra, or Jewel Sutra. The meaning of the sutra is that relying on the Three Jewels, one can get through all sufferings and difficulties and reach the other shore of nirvana.

At the time, the World-Honored One expounded Buddha Dharma for seven days in a row. The contents of the Dharma that was taught each day was the same Treasured Sutra. After the World-Honored One finished teaching the Dharma, He told Venerable Ānanda to hold a water bowl with his hands, walk around the big city of Vaiśālī chanting the Treasured Sutra and sprinkle clean water in the four directions. Seven days later all calamities ceased. The people in the city followed the assembly of the sangha and took the eight precepts of a one-day vow holder.

You can find this passage of the Ratana Sutra in the Tipitaka of Theravada Buddhism. You can also find similar content in the Ekottara Agama. The main content of the Treasured Sutra is about praising the Buddha, Dharma, and Sangha, especially praising the ultimate sangha who has attained the four pairs and eight categories. This includes the first fruition of srotaapannas who have eliminated the view of the independent existence of the body, doubtful views, and misconceptions about the precepts and possessed the ability to avoid entering the four evil destinies of rebirth or committing the six heinous crimes, through to those who had realized the fruition of arhatship. The sutra praises the fact that only the Three Jewels can give sentient beings the ultimate and pure benefit.

A similar situation is recorded in the Samyukta Agama: Once the World-Honored One came to the stone village of the Sakya clan. A major epidemic occurred in this village. Many people had died from the disease. At that time, men and women of all ages and all sick people in the village gathered before the World-Honored One. They introduced their own names and vowed to take refuge in the Three Jewels: “I, so and so, take refuge in the Buddha, Dharma, and Sangha from now on. I myself vow to take refuge to become a disciple of the Three Jewels.” Due to the maturity of causes and conditions, all of these disciples who took refuge were able to be reborn in the heavenly realms or the human world later.

Many contemporary masters and prominent Buddhist figures will ask their disciples to chant this sutra, recite that mantra, or carry out various kinds of Buddhist services these days.

However, at this time, we should have instead calmed down and pondered: We now face a similar situation. What would have Buddha Sakyamuni instructed us to do? 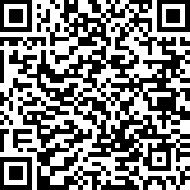